“Are you still working on that smut?! You guys, Ellen’s reading the smut magazine again!”

Such was my coworker’s joy at teasing me about my latest finding aid project.

It’s hard to imagine that a monthly called The Adult: The Journal of Sex could be anything but “smut.” But open to the first page of Vol. I and you will find that the “organ of the Legitimation League” is hardly a dirty magazine. Instead, George Bedborough, The Adult’s editor, declares that the journal’s pages will “be open for the discussion of important phases of sex questions which are almost universally ignored elsewhere.” 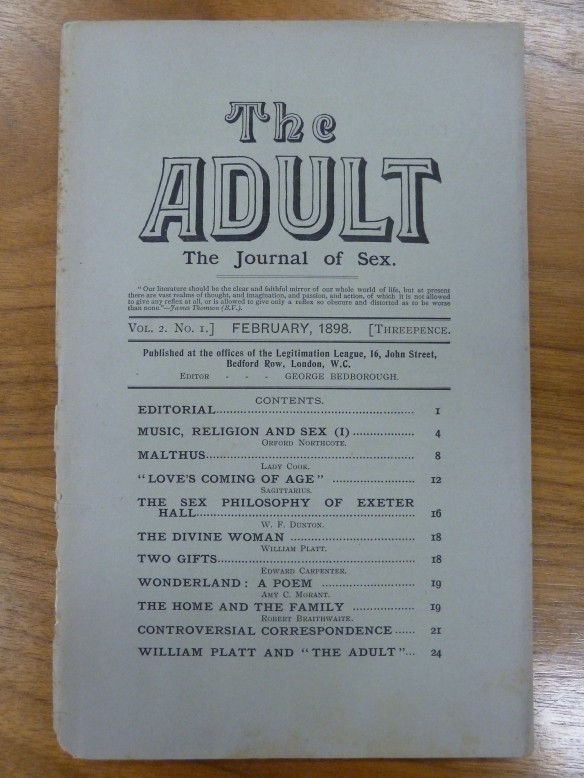 The Legitimation League was founded in England in 1893 for the purpose of securing the legal rights of illegitimate children, rights which were still very much in question in late-Victorian Britain. By 1895, the League had voted to shift its agenda away from advocating for illegitimate children and toward advocating for adults in relationships considered illegitimate by conventional Victorian morality. The new agenda included the promotion of free unions, or cohabiting without marriage; some members of the organization also promoted free love. The Adult was founded in 1897 as a vehicle for advancing this new sexual morality.

END_OF_DOCUMENT_TOKEN_TO_BE_REPLACED 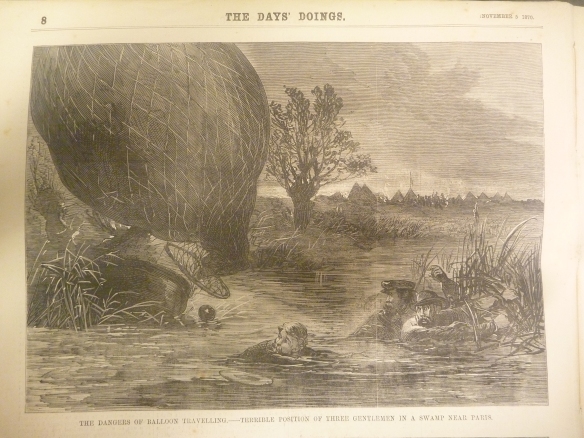